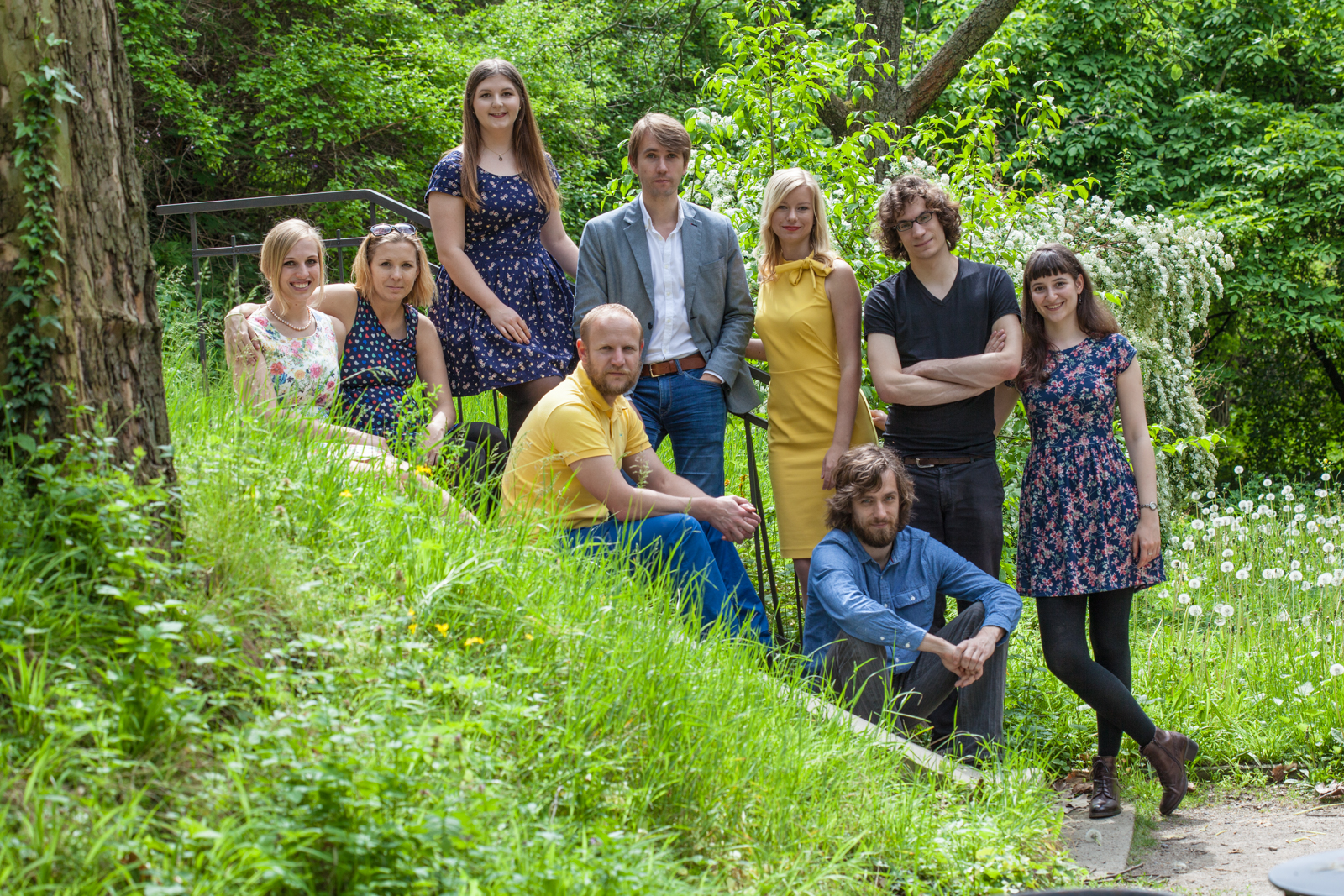 The Human Ethology Research Group is an association of several research teams working primarily at the Faculty of Science, the Faculty of Humanities of Charles University and the National Institute of Mental Health. We deal with various aspects of human behavior, social perception, communication and inter-individual variability, especially from an evolutionary perspective. Our research also focuses on the historical and theoretical aspects of behavioral science. The aim of this site is to provide an overview of the issues we are examining not only to students but also to other colleagues from related fields or to the wider public.

Take part in our research!

The birth order influences various psychological characteristics ranging from personality traits to sexual behaviour. Yet while many studies suggest that firstborn children are likely to achieve a higher educational level than their siblings, other studies reported no such effect, which may be due to various modulating factors such as sex and family size. In the present study, we have therefore tested the effect of birth order on the probability of university enrolment while taking these possibly modulating factors into consideration.
We collected birth-order data from two cohorts of biology students (Study 1: students from 1990 to 1995, N = 271; Study 2: students from 2011 to 2017, N = 2049) at the Charles University, Prague, Czech Republic. The proportion of firstborns in both cohorts was compared to population data obtained from the Czech Statistical Office and controlled for sex and family size.
In both groups of students, we found a significantly higher proportion of firstborns than in the general population as represented by the official population data. In Study 1, based on general population data we expected firstborns to form 44.8% of the cohort. The actual proportion was found to be 63.1%. In Study 2, the expected proportion of firstborns was 48.1%, while the proportion actually found was 64.0%. We have also observed a considerable influence of family size on the size of the birth-order effect. In particular, the size of the birth-order effect on educational achievements of the firstborn children positively correlated with family size. Comparison between the two cohorts had also shown that over the last two decades, overrepresentation of firstborns had significantly declined, which probably reflects a decrease in the stringency of entrance examinations to the Faculty of Science over the past two decades.
Our results support previous findings regarding the advantage of firstborns in educational achievements and show that the birth-order effect is not just an epiphenomenon of family size. By comparing the two cohorts 20 years apart, this study also offers a unique opportunity to evaluate the birth-order effect in relation to sociodemographic changes over a certain time period. In particular, our study demonstrates that the birth-order effect is robust enough to withstand the dramatic changes in university attendance in present-day Czech Republic.

New chapter “Fighting assessment” in Encyclopedia of Evolutionary Psychological Science. It covers neuro-cognitive processes involved in estimating others’ and one’s own ability to inflict harm and other fitness-related costs in physical confrontation based on available cues related to the likelihood of success in physical conflict.

It is well established that composite facial images are perceived as more attractive compared with individual images, suggesting a preference for heterozygosity. Similarly, there is evidence that preferences for body odours might be linked to heterozygosity. Here, we tested whether blending individual body odours into composites would follow a similar pattern as observed in the perception of faces. We found no significant differences between mean ratings of individual odour samples or composites of two or four odour samples. Our results indicate that, in contrast to faces, composite body odours are not rated as more attractive. Composite body odours retain similar hedonic perceptual qualities as individual odours, thus highlighting differences in visual and chemosensory perceptual mechanisms.